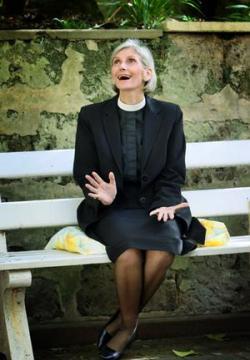 More than 400 years after the Church of England broke away from the Roman Catholic Church, the first women priests were ordained. Well, you cant hurry these things. The service in Bristol Cathedral to welcome 32 women into the priesthood was carried out by one of the more energetic supporters of the movement to ordain women in the church, Barry Rogerson, Bishop of Bristol, before more than 1,000 friends and supporters.
The drive to have women priests seems somehow typical of the CofE, dragging on for nearly three-quarters of a century  it was first mooted to the Lambeth Conference of 1920  of disagreement, waffling, and inching forward. Final acceptance of the idea came in 1992, but at the same time those who could not accept the change were catered for by the creation of flying bishops to oversee those parishes unable to bring themselves to see women as equals to men within the church hierarchy.
In spite of these accommodations many left the Church of England for the Roman Catholic Church, feeling more able to accept some substantial doctrinal differences than to welcome women priests. Among those departing were more than 400 male priests. The senior Conservative Party politicians Ann Widdecombe and John Gummer were two of the better known lay figures also leaving, which must have been a major blow for those remaining within the Anglican fold.