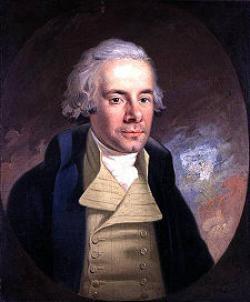 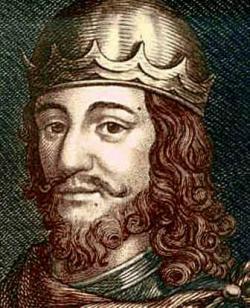 The British trade in slaves from Africa that began in the reign of Elizabeth I came to an official end in 1807 with the passage of An Act for the Abolition of the Salve Trade on March 25 that year.

The appalling trade had made fortunes for many Britons involved in the sugar and rum trades in the West Indies, and was the engine of prosperity in the southern states of the USA in the 18th century and beyond. Many of the magnificent stately homes of England still to be seen today owed their creation to Caribbean estates worked by African slaves. With such powerful interest groups benefiting from the trade its abolition would not prove an easy matter to effect.

The best known name in the abolitionist movement is that of William Wilberforce , MP for Kingston-upon-Hull from 1780 to 1784, for Yorkshire from 1784 to 1812, and for Bramber in Sussex from 1812 to 1825. In 1783 Wilberforce met the Reverend James Ramsay, who had seen the foul conditions suffered by slaves during his time on St Kitts. After Wilberforces spiritual enlightenment in 1785 he became involved in the anti-slavery campaign, and as a sitting MP became one of its leaders in 1787.

The French Revolution and subsequent Napoleonic Wars can in part be blamed for the slowness of abolitionist progress  this was not seen as a time to pass what seemed like radical measures, and to disadvantage British trade against the French who had their own colonies in the West Indies. When Wilberforce, supported by about 40 abolitionist MPs in the Commons, finally managed to steer a bill through the Commons in 1804 he was too late to get it through the Lords before the end of the parliamentary session. When it was brought back in the following session the Lords defeated it, arguments about security and economic stability holding sway  the Haitian slave revolt of 1804 was also a factor in the minds of the noble Lords at that moment.

In spite of these setbacks Wilberforce and his abolitionist allies pushed on, and the strength of their movement is demonstrated by the fact that even when Lord Grenvilles government fell the rather less committed administration of the Duke of Portland did not block the reintroduced bill. On March 25 1807 the act to end the trade in slaves within the British Empire was finally passed, coming into force on May 1 that same year. In America similar legislation was passed shortly afterwards.

While the transatlantic trade in slaves was made illegal by the act, the owning and keeping of slaves was not. The next step, the abolition of slavery, would have to wait another quarter of a century in Britain, and much longer in the US. And sadly the lure of high profits for slavers and plantation owners alike kept an illegal trade going for many years after 1807: though a captain could be fined £100 for every slave found aboard his ship, the slowness of pursuit under sail meant the amount of the fine could be reduced by the foul expedient of throwing the chained slaves into the sea to drown and disappear.