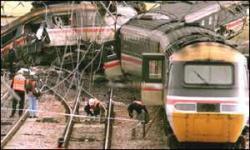 Today it is The Glastonbury Festival of Contemporary Performing Arts, attended over its six days by 150,000 with tickets like gold-dust; in 1970 it was merely the one-day Pilton Pop, Blues and Folk Festival, with tickets costing £1 and a pint of milk thrown in for free. Yet the DNA linking the two remains visible with a little imagination, and not just through the Eavis family, Michael and now Emily, organising the event on their Pilton farm.
In 1970 the hippy dream was still alive if impractical, and the communality that persists at Glasto can be dated to that first one-day gig in a field. The eclectic and sometimes quirky nature of certain Glastonbury line-ups was also evident on that try-out: Stackridge were the first band to appear, very English, very humorous; equally hard to pigeonhole Al Stewart also played; very folky Amazing Blondel gave a certain medieval tone to the day; and Quintessence (surely the most 70s band-title of them all?) with their Indian-inspired music widened things out. But the stars of the show were Marc Bolan and Tyrannosaurus Rex.
The glue between the acts was DJ Mad Mick, who incongruously opened his set and the whole Glastonbury experience with Its All Over Now by The Valentinos  perhaps a comment on the death the day before of Jimi Hendrix ? Mad Mick went on as Mike Ringham to run an estate agency in Bath, a symbol for the by now millions who have attended the event: for most our own personal estate agency awaits, so have fun until you get there. And afterwards  Mad Mick in his sixties appeared again at Glasto 2010.