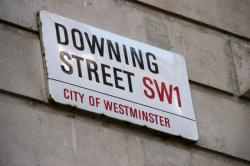 In postcodes, as so often of course, Norwich led the way. Except that Rowland Hill the postal pioneer had brought in a basic coding system for London in 1857, to help sort mail by whether its destination was in the north, south, east or west of the capital. And Liverpool had adopted a system of postal districts in 1864. And some other cities brought in their own in 1934. But it was Norwich chosen by Postmaster General Ernest Marples to test a system that if successful would be implemented nationally, getting away from the piecemeal local versions.
With the speed we have come to expect from our postal system, the system announced to Parliament on July 28 1959 was delivered in October that year. The goal was to speed the service by making automated sorting easier. Each of the 150,000 postal addresses in Norwich was assigned a code and notified what it was, the city being designated by NOR, and the location of the house or other building within the city indicated by three numbers.
The trial had mixed results, though much was learned by it: better dissemination of the code information was needed  only half the letters during the trial period bore the code; and the code could be refined by using just two letters to designated the town or city, the third indicating an area within or around it. A second trial, suitably tweaked, was held in Croydon in 1967, and by 1974 the entire country was operating with the postcode system more or less as we see it today.