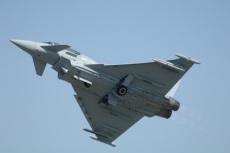 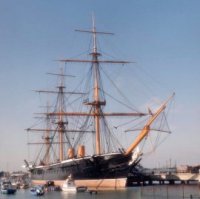 Britains often bloody history has left thousands of years of sites to explore. The Romans left us Hadrians Wall, stretching across the country. At Housesteads near Hexham, Northumberland, the remains of a great fort built to keep the northern barbarians at bay can be visited. At the other end of the country and our history, The Needles Battery on the Isle of Wight fulfilled a similar function, but this time to face the Germans during WWI and WWII. In earlier times Britains wooden walls, our ships, defended our shores. Our most famous warship, HMS Victory, is displayed in Portsmouth. These days a visit to the museum is no longer a trudge around endless glass cases. The Imperial War Museum is renowned throughout the world, and as well as the Lambeth Road site in London there is its Duxford Air Museum near Cambridge, and its northern arm in Manchester, with displays and activities to fire the imagination. A wider perspective can be gained from visiting some of our historic battlefields. Three which changed British history forever are well worth the effort. The site of the Battle of Hastings, where in 1066 the Normans seized this country in one bloody victory, is managed by English Heritage. The Battle of Bosworth site, near Sutton Cheney, where the Tudors killed Richard III and established their dynasty, offers a fascinating day out, with a visitor centre and country park to fill the mind with history and the lungs with fresh air. And up near Inverness the last battle on British soil, Culloden, where the Stuart hopes ended, offers a visitor centre and battlefield tour. In County Durham Harperley POW Camp provides a reminder of the intimacy and tragedy of war, a stark contrast to the vision of grandeur that conflict sometimes creates.