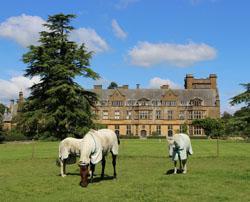 Did you know that Maiden Castle, the ancient earthwork fortress near Dorchester, was occupied from around 3500BC until the arrival of the Romans in 43AD? For most of that time the site was apparently a camp, only fortified in about 350BC. The defenders meant business: excavations revealed a store of about 20,000 stones (from Chesil Beach) for use in slings. But they were outgunned: one skeleton was found with a Roman catapult bolt in its spine.