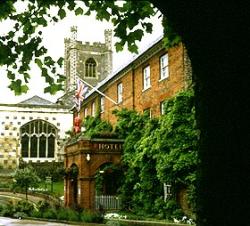 Since the fifteenth century, travellers - including three Kings of England - have enjoyed the hospitality of the Red Lion Hotel. Uniquely situated overlooking the Royal regatta course on the River Thames, the hotel is close to both central London and Heathrow Airport.