B and Bs in New Quay 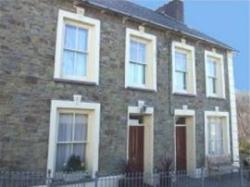 Beechwood is a four star B and B conveniently situated between Aberaeron and New Quay in the small village of Llanarth. Very tastefully furnished to a high standard, you will have a true Welsh welcome from the proprietors Margaret and Caradog. Wireless broadband is available in the house. Breakfast is served with local bacon and sausage and there is ample off road parking in the rear of the property.

The pleasant Regency town of Aberaeron with its picturesque harbour is just 6 miles to the north, while the popular resort of New Quay is just two miles away with its Dylan Thomas Trail . Dylan stayed in New Quay and based several characters in Under Milk Wood on local residents at the time. The film about Dylan Thomas 'The Edge of Love' with Kiera Knightly and Sienna Miller was shot on location in New Quay in 2007.

Llanarth is more or less midway between Cardigan Town in the south and Aberystwyth in the north. Both towns have busy shopping centres and are about a half hour's drive away.