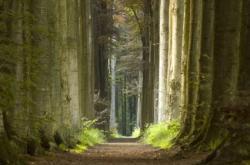 Review of Fordingbridge by kevin anderson on September 4th, 2009
whilst i havnt been to this pretty pub in a couple of years,i must say i was pleasently surprised by the progress it has made in all areas. a new head chef has been appointed and has done a very good job indeed in reflection too his menu offering,seasonal and more important local produce such as damerham and rockbourne smoked trout and locally farmed chicken and pig. the food is reasonably priced too,ok its not your 2 courses for a £10 but you can very comfortably eat 3 very good courses plus a glass of wine for just under £20. the staff have also greatly improved too still pleasant and helfull but now more professional and attentive,where as in the past you could be waiting in excess of 20 mins to place an order. overall iam so pleased for the landlady i beleive her name is linda,that all her hard work is starting too pay off ,good luck to this lovely pub i wish it all the best kevin anderson

Review of Fordingbridge by James V Clover on April 30th, 2007
Like hundreds if not thousands of small market towns, Fordingbridge is not the place it was. In the late 50's through to the middle 60's it basically had its heart ripped out. Gone the Railway station the cinema the school and of course it's permanent police presence. In its place we have a dormitory town, blue lights in the public toilets and a general tattiness which has become symbolic of England in the 20th/21st Century. I am just pleased that I was brought up and lived in the town when I did, and not now. I still love the place though for what it was, rather than for what it is. Regards, JVC.