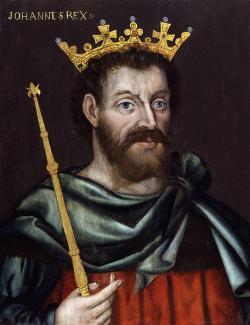 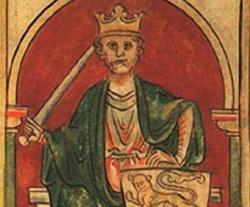 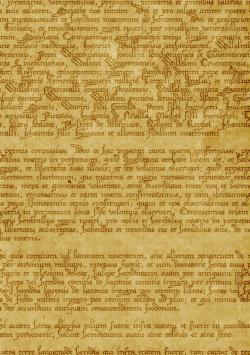 Magna Carta has become an important part of the British psyche, significant too even beyond our shores  it is still cited occasionally in American courts.
King John had managed to alienate those beneath him in the pyramid of medieval power: the Barons and the Church. In a row about the appointment of the Archbishop of Canterbury he ruined relations with Rome, humiliatingly agreeing to the papal candidate and even giving England and Ireland to Rome and paying rent to the Pope for them! With the Battle of Bouvines in 1214 Johns loss of vast tracts of France for the English crown was confirmed, and with them significant revenues. The Barons were vexed at Englands losses, and being taxed viciously because of them.
On June 10 1215 the Barons entered London to resolve matters; on June 15 at Runnymede John sealed an agreement listing various rights, curbing his powers, even placing him at the mercy of The Great Council of 25 Barons. Exactly a month later copies prepared in the chancery were sent to each county and to various bodies of importance.
However solemn his promises, made before 13 Bishops and Archbishops, 20 Abbots, King Alexander II of Scotland, Llewellyn the Great of Wales and most of the greatest Barons in the land, John had no intention of keeping them.
Pope Innocent III backed John in his swift repudiation, saying the accord was beneath a Kings dignity. The First Barons War erupted, ended by Johns death from dysentery in October 1216. His child heir Henry s advisors produced a revamped version of Magna Carta within a month of his accession; and another in 1217; and when Henry reached his majority in 1225 what is regarded as the definitive version was written. Henrys reign was long, Magna Carta put down roots, strengthened when his son Edward I confirmed the charter with his own version of it in 1297.
Magna Carta established the rule of law: a set court system; the need for due process in trials; the need for due cause before trial; punishment to be decided by judges alone, and fines in accordance with the offence; justice neither delayed nor bought; habeas corpus enshrined, preventing undue imprisonment; all state officials to be suited to their post. Commerce too benefitted, with weights and measures defined, but more significantly the concept of representation, of some sort of Parliament, entered our world view with the Great Council idea.
Most of Magna Carta has been repealed now, replaced with other Acts within the rule of law. But the concept of government constrained within a legal framework is a part of our national make-up; we have rights; we can and do demand true justice.
Original copies of the various versions of Magna Carta can be found at Lincoln Castle , the Bodleian Library , the British Library , Parliament , Hereford Cathedral and Salisbury Cathedral , among other sites.