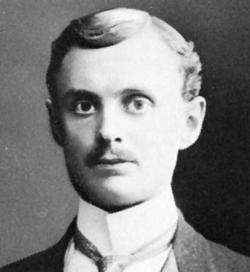 It was a perhaps a tragedy for Britain as well as a personal one when Charles Rolls died at the age of just 32. In his short life he showed an almost unparalleled desire to innovate and progress in the field of transport.
Rolls was from a wealthy background, born on August 27 1877 in extremely prestigious Berkeley Square in London. His father was the 1st Baron Llangattock, and Rolls was educated at Eton before going on to Trinity College Cambridge. But his fascination for engines saw him read Mechanical and Applied Science rather than as might have been expected Law or Classics. He bought a car at 18, probably the first owned by a Cambridge student.
With family money he established a car dealership in Fulham in 1903, and after their famous meeting at Manchesters Midland Hotel in 1904 he and Henry Royce went into partnership, a rather strange one given their totally different backgrounds, setting up Rolls-Royce Ltd two years later.
The company was successful, but Rolls had been overtaken by another passion  aviation  and took a back seat in it as non-executive director from 1909 onwards. He made 150 or more balloon flights, was a founder member of the Royal Aero Club, and in 1909 purchased a Wright Flyer aircraft, using it on June 2 1910 to cross the Channel twice non-stop, the first in history to do so. Sadly the same aircraft failed fatally on July 12 during an aviation show in Bournemouth, the tail breaking off. Charles Rolls thus gained a distinction he would never have wished for  the first Briton killed in an aircraft accident.

From uriah on 15th May 2009
In 1902 founded C S Rolls & Co with Claude Johnson. Went into partnership with Henry Royce in 1906. Crossed the English Channel by balloon in 1906. Made first non-stop double crossing of Channel by aeroplane in 1910. Died in a plane crash.

Contributors: Do you have a site related to Charles Rolls?
Supply some content for this page and we will gladly add a link to your site. Email here.