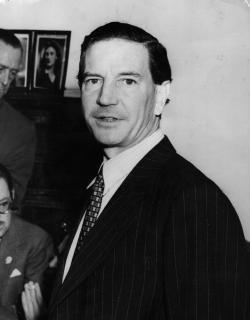 'To betray, you must first belo'... More

Educated at Westminster and Trinity College, Cambridge where he became a Communist and was recruited as a Soviet agent. Employed by the British Secret Intelligence Service. Posted to Washington as liaison between MI6 and CIA but resigned due to communist sympathies. Defected to USSR in 1963, granted citizenship and became a colonel in the KGB.

Contributors: Do you have a site related to Kim Philby?
Supply some content for this page and we will gladly add a link to your site. Email here.