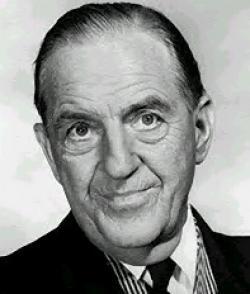 Served in WW1 as army lieutenant. Made London stage debut in Kissing Time (1920) and first film appearance in The Rotters (1921). Acted in Ealing film classics such as Passport to Pimlico (1948) and The Lavender Hill Mob (1951). Played Alfred Doolittle in My Fair Lady on Broadway (1956-58). Had his own television series Our Man Higgins (1962).

Contributors: Do you have a site related to Stanley Holloway?
Supply some content for this page and we will gladly add a link to your site. Email here.