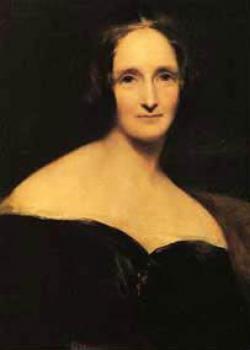 A Vindication of the Rights of Woman completed

Mary Wollstonecraft was by her very actions one of the great models for female emancipation: she had disobeyed parental authority to work as a companion then as a teacher; and in her thirties worked for radical publisher Joseph Johnson, whose authors included William Blake and William Wordsworth. Johnson saw and supported her talent as a writer, which came to its greatest height with her proto-feminist book: A Vindication of the Rights of Woman.
If anything the thinking in that work was more revolutionary than the events she would witness in France where the political order was turned upside down. For she advocated equality for women, in terms of opportunity in life, and in education. More than 200 years later the process is ongoing. To reach this end of equality between the sexes she saw that much in the political sphere would need to change, the established distribution of power suiting a very limited group at the top of the tree in whose interest it was to retain the status quo. More than 200 years later the process is ongoing.
She worked on the book for just three months at the end of 1791, finally laying aside her pen on January 3 1792. Johnson published it that same month, and the first edition sold out before the year ended, a second edition rushed out to meet demand the following year.
If you judge people by the company they keep then Wollstonecraft was a radical, numbering Thomas Paine, Blake, and William Godwin, whom she eventually married, among her acquaintances. It is ironic that today Wollstonecraft is remembered as much for her role as mother to the future Mary Shelley  dying just days after giving birth to her - as for her groundbreaking feminist writing.