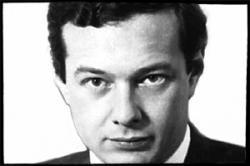 Born in Liverpool, Merseyside
Born on 19th of September 1934
Died in Belgravia, London
Died on 27th of August 1967

Candidates for the spot of fifth Beatle would fill a people carrier, but if Paul McCartney reckons Brian Epstein was it who are we to argue?
Epstein was born into a prosperous Jewish family in Liverpool in 1934, but although he showed early on the talent for business that would be more than proven managing the Fab Four (and others), he didnt fit in with the solidly respectable world of furniture retailing. As a youth he graced several different schools briefly; when called up for National Service he was invalided out apparently because of his homosexuality (at a time when it was illegal); and given the opportunity by his parents to train at RADA he lasted a year before attempted cottaging activities saw him leave hastily.
Running NEMS, the records and musical instruments part of the family firm, did suit him however, and it was through that work that he went on to write for Mersey Beat and then encountered the Beatles. Watching them at the Cavern on November 9 1961 he perceived the raw talent beneath the attitude. He became their manager, and soon improved their appearances (swapping jeans for suits), profile and publicity. He also paid for the Decca recording that convinced George Martin of EMI to take them on. Commercially his early deals for them were not brilliant, but that improved.
Epstein also managed Cilla Black, Jerry and the Pacemakers, Billy J. Kramer and others. In the swinging sixties he became addicted to barbiturates, partly to combat chronic insomnia. His death from an overdose on August 27 1961, when just 32, was deemed accidental, though his worries about the Beatles possibly leaving him, their contract about to expire, have given rise to suggestions it was suicide.

Contributors: Do you have a site related to Brian Epstein?
Supply some content for this page and we will gladly add a link to your site. Email here.