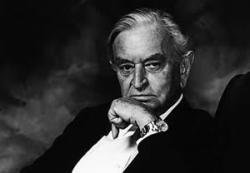 Even in the pantheon of British film-makers, Croydon-born David Lean is considered practically untouchable, both for the range and for the enduring appeal of his films. From the wry suburban observations in Brief Encounter to the acclaimed literary adaptations of Oliver Twist and Great Expectations through Lawrence Of Arabias limitless epic scope and Dr Zhivagos calm, intelligent story-telling, the one recurring element is that of quality. Beginning his career at ground level as a menial messenger and clapperboard assistant before moving into editing (a discipline he would return to on his final picture A Passage to India), it wasnt until 1957s The Bridge on the River Kwai that he entered the mainstream. Showered with Academy Awards (including Best Actor for Alec Guinness, Best Picture and Best Director for Lean himself) and followed by Lawrence..., a veritable masterpiece of cinematography arguably never bettered, these two classics marked the culmination of a prolific 20-year creative streak. After Ryans Daughter in 1970 it wasnt until 1984 that he returned to the directors chair for ...India at the age of 76, seven years before his death. His influence was seen in the work of Stanley Kubrick and can still be seen in the films of Steven Spielberg.

From Carla on 5th May 2009
Began in film industry as clapperboard boy, progressed to editor. Co-directing with Noel Coward led to career as director. Won Academy Awards for Bridge on the River Kwai (1957), Lawrence of Arabia (1962) and Dr Zhivago (1965) and A Passage to India (1984)

Contributors: Do you have a site related to David Lean?
Supply some content for this page and we will gladly add a link to your site. Email here.