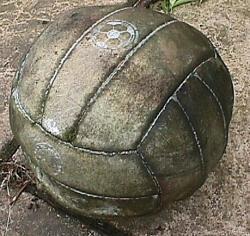 Though Sheffield FC had been formed in 1857, they had no opponents other than within their own club until 1860, when local rivals Hallam FC were formed as a natural extension of the Hallam Cricket Club which had played at Sandygate Road in the Crosspool area of Sheffield since 1804. It seems somehow fitting that the ground, recognized as the oldest football ground in the world, was given to the club by a publican. Until that first match with Hallam, Sheffield FC had contested intra-club matches with arbitrary means of selecting sides, such as married versus single, professionals versus the rest and so on.
The rules by which the worlds first derby game was played were those codified by Sheffield FC, said to resemble in certain ways Aussie Rules play today, with no offside (what would Arsène Wenger find to argue about?) but innovatively with free-kicks for fouls.
For the record Sheffield came out victorious, as befitted their status as the senior outfit, indeed the worlds oldest football club . The fixture is still played annually, with the game of 2010 eagerly awaited as the 150th anniversary of the original match.