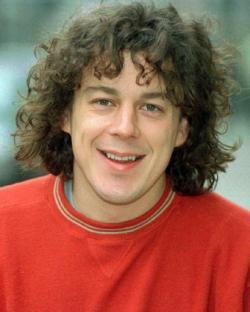 Born in Chingford, Essex
Born on 6th of March 1966

Began performing stand up comedy in 1988 at the Whitstable Labour Club. Named Time Out's Best Young Comic in 1991. Co-wrote and starred in his own radio sitcom The Alan Davies Show in 1998. Well known for starring as Jonathan Creek in the TV mystery series and appearing on the TV quiz show QI.

Contributors: Do you have a site related to Alan Davies?
Supply some content for this page and we will gladly add a link to your site. Email here.