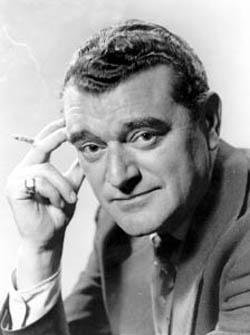 Made adult debut in Young Woodley (1929) and New York debut in Journeys End (1930). Appeared in his first film Birds of Prey in 1930. Returned to acting after WWII. Films included The Cruel Sea (1953), The Bridge on the River Kwai (1957) and Lawrence of Arabia (1962). Diagnosed with throat cancer, his larynx was removed and his subsequent performances were dubbed. Died following an operation to insert an artificial voicebox.

Contributors: Do you have a site related to Jack Hawkins?
Supply some content for this page and we will gladly add a link to your site. Email here.