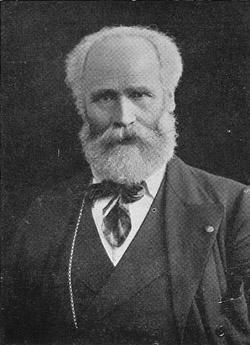 Born in Newhouse, Lanarkshire
Born on 15th of August 1856
Died in Glasgow, Glasgow
Died on 26th of September 1915

Worked in a coalmine from the age of 10. Set up a trade union and in 1880 led the first ever strike by Lanarkshire miners. Entered Parliament in 1882 as MP for West Ham, South. Founded the Independent Labour Pary in 1883. Was chairman of the party until 1900 and again in 1913-14. Opposed the Boer War and lost his seat at Merthyr Tydfil in 1915 after opposing Britains involvement in WWI.

Contributors: Do you have a site related to Keir Hardie?
Supply some content for this page and we will gladly add a link to your site. Email here.