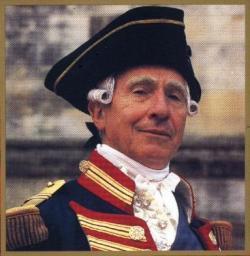 
An outstanding actor, who conquered the London stage with distinguished productions such as Rosencrantz and Guildenstern Are Dead (1971), The Magistrate (1986) and Hapgood (1988). He performed Shadowlands in the West End (1989) and on Broadway (1990-92). He is best known on television as Sir Humphrey Appleby in Yes, Prime Minister. He won an Academy Award for his role in The Madness of King George (1994), and was knighted in 1999.

Contributors: Do you have a site related to Nigel Hawthorne?
Supply some content for this page and we will gladly add a link to your site. Email here.