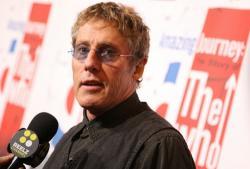 Born in Hammersmith, London
Born on 2nd of March 1944

'I think if Keith Moon was here'... More

Contributors: Do you have a site related to Roger Daltrey?
Supply some content for this page and we will gladly add a link to your site. Email here.