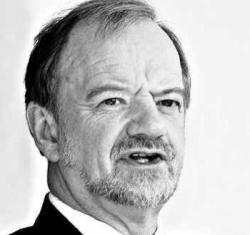 Educated at Edinburgh University. Teacher before entering politics as town councillor then MP for Edinburgh Central (1974-83). Spokesman on health and social security (1987), Trade and Industry (1989) and Foreign and Commonwealth Affairs (1994). Entered Labour Cabinet of 1997 as Foreign Secretary. Became Leader of House of Commons in 2001, quit in protest over war in Iraq. Died on walking holiday in north west Scotland.

Contributors: Do you have a site related to Robin Cook?
Supply some content for this page and we will gladly add a link to your site. Email here.