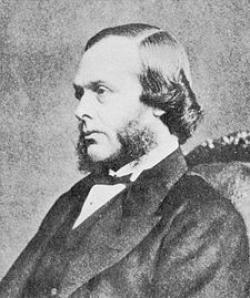 Before Lister it was generally believed that surgical infections were caused by bad air or miasmas. Lister initiated the hygienic methods now practised in all hospitals as the first line of defence against infection.

Joseph Lister was born in Upton in Essex on April 5, 1827. He studied at University College, London graduating in 1852, and began his practice as a surgeon in Edinburgh, becoming professor of surgery at Glasgow Royal Infirmary in 1860. Here he began to study the inflammation of wounds associated with gangrene. It was reading Louis Pasteurs work in 1864 which convinced him that this inflammation was caused by germs entering the wound. Pasteur advocated sterilization either by heat or chemicals and it was Listers genius to adopt carbolic acid since heat could not be applied to sensitive wounds. Lister also advocated sterilizing surgical implements in carbolic acid and hand washing using the same chemical; spraying the air with carbolic acid was also tried but with less success. The results were reported in the Lancet in 1867 and led to dramatic improvement in the success rate of operations. Post-operative complications lessened considerably as thankfully did those associated with childbirth. This was a major breakthrough and more complicated operations could be attempted while at the same time amputations became less likely than they had been for those with damaged and wounded limbs. Lister continued his work on antisepsis promoting the use of absorbable catgut for sewing up wounds and clinical gauze for dressings.

In 1877 Lister was appointed professor of surgery at Kings College in London, winning worldwide acclaim for his work. He even had the mouthwash, Listerine named after him. Official recognition followed. He was made a baronet in 1882 and a peer of the realm in 1897. Retiring in 1893 he rounded off his illustrious career as President of the Royal Society from 1895 to 1900. Joseph Lister died at Walmer in Kent on February 10, 1912.

Contributors: Do you have a site related to Joseph Lister?
Supply some content for this page and we will gladly add a link to your site. Email here.