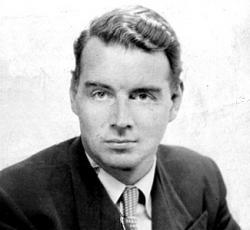 
Educated at Trinity College, Cambridge where he became a communist. Recruited as Soviet agent in 1930s. Worked for BBC, wrote war propaganda, worked for MI5 and Foreign Office. Recalled from Washington DC for misconduct he disappeared turning up in Russia in 1956.

Contributors: Do you have a site related to Guy Burgess?
Supply some content for this page and we will gladly add a link to your site. Email here.