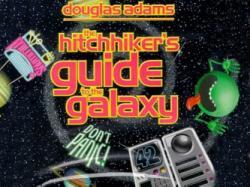 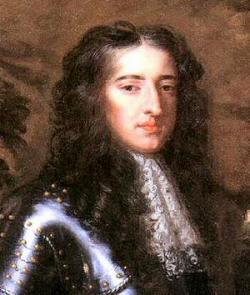 Death of William of Orange

In a 1970s radio comedy world of gentle topical sketch shows and long established panel games The Hitch Hikers Guide to the Galaxy by Douglas Adams was finally something new: different, witty and very quirky indeed. This was perhaps surprising as like so many of those employed by the BBC then and now main actors Simon Jones (Arthur); Geoffrey McGivern (Ford), and Mark Wing-Davy (Zaphod); producers Simon Brett and Geoffrey Perkins; and of course writer Adams all had the seemingly obligatory Oxbridge background. This dominance was leavened in Hitch Hikers Guide by the calm suavity of the great Peter Jones as The Book and RSC actor Stephen Moore as Marvin the Paranoid Android.
The creators fought the BBC to allow their series to be different: dubbing it drama to get permission to record in stereo; and lobbying to avoid the usual BBC radio comedy studio audience requirement. The first episode was broadcast on March 8 1978, less than a week after the production was finally completed.
The logical lunacy of the plot was compellingly unreal; and some of the lines like Time is an illusion; lunchtime doubly so, (as in the olden days pubs used to close after lunch) became instant classics. Word of mouth quickly saw to it that the programme gained a big following, and eventually cult status.