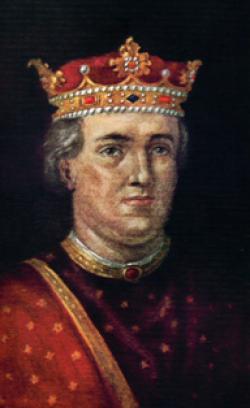 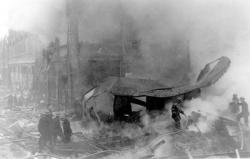 The Act of Indemnity and Oblivion passed earlier in the year to pave the way for a reasonably peaceful restoration of the monarchy did not include those who had signed Charles I s death warrant, or otherwise taken significant part in his trial and execution. These regicides were to be dealt with harshly, Charles II seeking revenge for his father and for his own exile. But given the numbers potentially involved, and the danger of stirring trouble in the future had they all been executed, a very English compromise was reached. Of the regicides left alive only 30, the leading figures, were given no indemnity when the act was passed in August, to suffer death were they found guilty in the trial set for October that year.
Many regicides had fled abroad; more had died before the restoration. Thus in the October 1660 trial only 10 to hand were found guilty, nine to be hanged, drawn and quartered; the other to be hanged. Some were dealt with like common criminals, executed at Tyburn. Others were despatched at Charing Cross, close by where Charles I had met his end. On October 17 Charles II looked on at the latter spot as four were brutally dealt with: Thomas Scot, Adrian Scroope, John Cooke, and John Jones. Cooke had been the solicitor overseeing Charles Is trial; John Jones was a Welsh officer in the Parliamentary army, one of the death warrant signatories, and also Oliver Cromwell s brother-in-law; Scroope likewise a colonel on the regicidal tribunal and a signatory; Scot was a lawyer of republican sympathies, an MP, and one of those who pushed through the trial of Charles Stuart.
Scroope defended his actions to the last, proud of his participation in the trial of the tyrant-king; Jones is said to have died with enormous dignity. The quartered bodies were placed on a hurdle and dragged from the bloody scene, the large crowd and the newly installed monarch having witnessed their horrific fate.