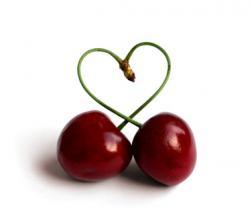 Threadneedle Street is rather more famous as the home of the Bank of England , but in 1650 it had another claim-to-fame, as the site of the first documented dating agency.
The Office of Addresses and Encounters established there in 1650 by Henry Robinson served other purposes: for 6d gentlemen and doubtless ladies could have their queries on various legal matters answered, so in a way this was also the forerunner of the Citizens Advice Bureaux, a link that is even more credible when the Offices free service for those without means is taken into account; it also matched servants with those in need of them, so was an early employment agency. But significantly it helped the cause of true love for some. There had of course been matchmakers for millennia, but this was an agency, a business.
Little is known of the workings of the business, partly because it was rather short-lived. But its founder, Henry Robinson, is an intriguing character: a writer on religious and political affairs and a staunch Parliamentarian he argued for liberty of conscience, and against censorship. Given the Puritan times in which it operated the Office cannot, however, have been one promoting licentious behaviour or impropriety.