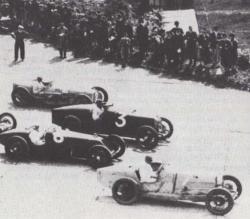 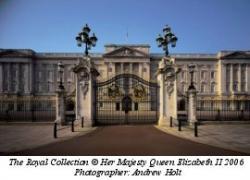 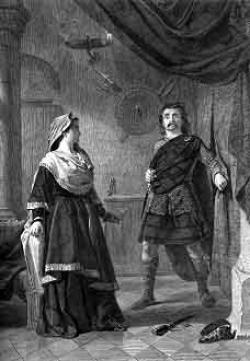 Brooklands was a unique motorsport venue, purpose built with banked curves 30 feet high at some points, and a 100 foot wide track to allow for faster cornering. It was constructed by Hugh Locke-King and his wife Ethel, wealthy landowners who lived at Brooklands House in Weybridge , Surrey. And they needed to be wealthy, as the original plans for something quite simple ballooned into a massive feat of engineering, the final circuit able to accommodate more than a quarter of a million spectators. Indeed, the Locke-Kings were stretched to the limit of their finances by the affair, which cost some £150,000  in todays money that would be heading to the £10 million mark.

The construction to a design by Colonel Holden of the Royal Engineers began at the end of 1906, and was advanced enough by June the following year to allow it to be officially opened , and racing could start.

The ferro-concrete track was 2.75 miles long, though the later grand prix circuit was altered, reduced to 2.62 miles, an egg-shaped oval raced anti-clockwise. Because of the famous banking - later copied by Indianapolis - it was said that drivers following a particular line would not need to touch their steering wheels.

Grand Prix racing was brought to Brooklands by motorsport pioneer Captain Henry Segrave, who had won the French Grand Prix in 1923 and the Spanish version the following year. No-shows and other technical problems (cars not working) meant that four cars entered for the event did not start it on the big day. Only cars from four makers, a total of nine vehicles, were to race: Aston Martin, Bugatti, Delage and Talbot, but this was still the biggest field for an F1 race that year.

The start of the race would have looked very unusual to modern eyes, all nine lining up abreast, like a horse race. The race distance was a testing one for drivers and cars alike, 287 miles (110 laps), and it is no wonder that only three cars finished, or that the winner was a car with two drivers, Robert Wagner and Louis Senechal in a straight-eight Delage that managed an average speed of 71mph. Given the circumstances they had to contend with this was a tremendous victory  the exhaust pipe ran close to the drivers right arm and leg, and Delage drivers were forced to make regular pit-stops to cool their roasting feet in a bath full of cold water.

Malcolm Campbell came home second in his privately entered Bugatti, splitting two Delage cars. This was racing in its infancy, and it is incredible to contemporary F1 fans that the third place was taken by a driver who took over part-way through the race because the official entries were exhausted and burned by the problematic Delage exhaust system. This driver, Andre Dubonnet, had never been behind the wheel of the Delage, and was wearing an ordinary lounge suit! Those were the days.