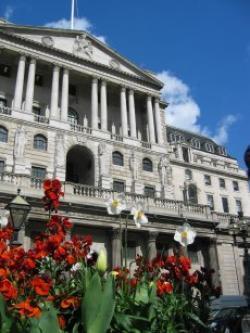 The post-war Labour government was to be one of the most significant of the 20th century, its innovations including the creation of the NHS and nationalisation of the Bank of England. The latter event crystallized what had been happening for years, the Banks steady retreat from ordinary commercial operations and its metamorphosis into a body acting in the public interest having been overseen and accelerated by long-serving Governor Montagu Norman, who worked in that role from 1920 to 1944.

With this action the Bank of England, founded in 1694 by (somewhat ironically) the Scot William Paterson , from the outset set up to lend to the government, became an arm of that government rather than an ally. In some ways the bank had already been a quasi-governmental body, given the monopoly over issuing bank notes in England and Wales (though not Scotland and Northern Ireland). No change as dramatic would happen to the organisation until May 1997 , when another Labour government decided to give the Old Lady of Threadneedle Street the power to set interest rates in Britain, removing that power from political hands.