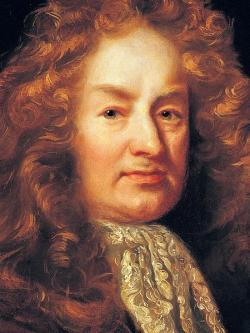 History on 24th May

The Ashmolean in Oxford was the first true museum in England, and remains one of the worlds greatest.
It is not known who designed the original Broad Street building  there are claims made for Sir Christopher Wren because of the quality and style, and for local mason Thomas Wood, as he was paid a fortune for the work he carried out in respect of the construction.
Elias Ashmole had offered his collection of natural history curios and specimens to Oxford in the autumn of 1677. This collection was made up in the most part of items collected by John Tredescant and his son, also John, and originally displayed at their home in Lambeth . Ashmole helped the younger Tredescant catalogue the whole thing, then the latter, having lost his son and heir, signed a document pledging it to Ashmole. In due course Ashmole inherited in 1662, though a dispute with Tredescants widow meant he could not get his hands on the collection for a few years more.
With his own additions (though many of his finds were destroyed in a fire before the Ashmolean could receive them) a dozen or so carts were needed to ship the goods to Oxford.
Thus the Ashmolean Museum, with curator Dr Plot in place (part time  he was also a chemistry tutor) was able to open its doors to the general public as well as scholars, much to the annoyance of some men of learning, though only three of the 10 rooms were for general consumption on May 24 1683. The building housed not only a museum focused on natural history, but also a laboratory for those studying chemistry, and rooms in which undergraduate lectures could take place.
Ashmole, who is derided by some as a social climber and schemer (he married well on numerous occasions), achieved eternal fame, or something approximating to it, by his association with the building, though as a founder of The Royal Society he genuinely seems to have had the interests of science at heart too. But whatever Ashmoles aims, The Ashmolean was, and is, a great resource for Oxford.