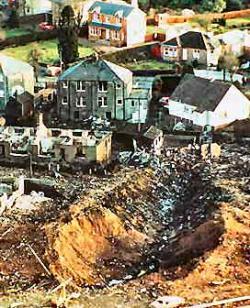 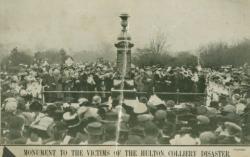 Lockerbie, Dumfries and Galloway The 21st of December 1988 AD

The town of Lockerbie lies tucked away in the verdant locale of Dumfries and Galloway. But it was brought to the worlds attention on the 21st December, 1988, when Pan Am Flight 103, bound for New York, was destroyed by a terrorist bomb, killing 270 people. 270 people were killed (Eleven from Lockerbie) when the fuselage of the jumbo jet came to a rest in Sherwood Crescent. 20 years on, the senselessness, the rawness and the barbarity of the atrocity still has the same chilling resonance. Former Libyan intelligence officer, Abdel Basset Ali al-Megrahi, is currently serving 27 years in Greenock prison for the bombing. There is little closure for the people of Lockerbie: al-Megrahi protests his innocence and is appealing the conviction, and the sense of loss is one that will take generations to heal.
A visit to Lockerbie today is one that both captures this poignancy, and one that sees a small, vibrant rural town that has carried itself with tremendous dignity throughout its troubles. The towns memorial gardens stands in tribute to the fallen, and the same could be said of the town itself, whose sense of community has never been stronger.