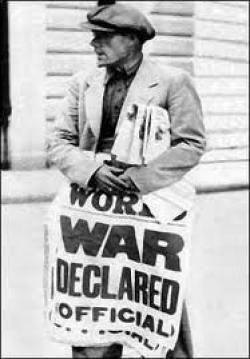 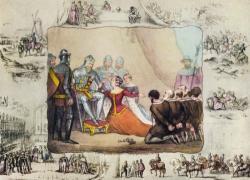 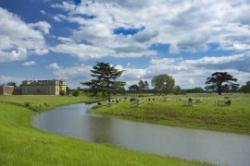 Biased with the benefit of hindsight, historians tend to see WWI as inevitable: the tensions having built up over years; the armaments race; the competing power blocs desperate to secure colonial markets for their goods; nationalist forces in the Balkans and elsewhere bubbling away. But until the last moment Germany seems to have expected Britain to ignore the 1839 Treaty of London which guaranteed our support to Belgium in case of invasion. British participation in the conflict was not thought certain.
The German calculation was wrong: Germanys ultimatum to Belgium on August 2 to allow free passage to the German army was matched by Britains to Germany the following day demanding that Belgian neutrality be respected. Germany declared war on France that same day. With no satisfactory response to Britains message, a state of war was deemed to exist with Germany as of the evening of August 4.
King George issued a call to arms; Churchill as First Lord of the Admiralty had the Navy on standby, and took immediate action to secure all warships being built for other states in British shipyards.
As Britain stood on the verge of the most terrible war in history to that date, however, the country basked in a glorious summer; the newspaper front pages were devoted to other stories; in pubs and workplaces men talked blithely of the conflict being over by Christmas, as did the Germans, who had planned for a rapid deployment and crushing surge through France. There was to be no quick victory for either side, and within weeks the horror of trench warfare had begun.