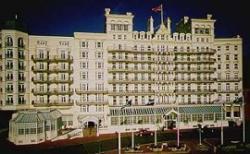 By the time the 80s had arrived, the Provisional IRA were in something of a crisis. The brutal, bloody conflicts that had levelled Belfast and Derry , emptied their streets after dark, and voided the province of any hope of peace had become a war of attrition. And it was one that militant Republicans were losing. In the previous decade, the IRA came to the conclusion that its aims of forcing the British government into withdrawing from Northern Ireland, allowing for an Ireland without partition, were not being best served by restricting their campaign to the traditional battlegrounds  another killing in Belfast, Derry or Armagh was not enough to genuinely horrify a British public on the mainland, who at up until then on only experienced the horrors of The Troubles vicariously through television and radio reports. Since the late 60s, it was a public that was gradually numbed by the daily accounts of bombings and murders that had become the wearying norm in Northern Ireland.
The IRAs bombing campaign in England changed all of that. They had exported a terror that had previously been someone elses worry. London , Birmingham , Guildford ; where next was the question. Security measures were stiffened. Margaret Thatcher was an enemy of the Republican movement without parallel. The IRA hunger strikes of 1981 had displayed her emphatic refusal to be cowed by Republicans. It was only a matter of time before the IRA would target her. In 1984, Patrick Magee checked into Room 629 of the Grand Hotel Brighton . Ironically, he checked in under the name of Roy Walsh, the man who bombed London in 1973. Staying just three days, checking out on the 15th September, he had planted a bomb in his room, timed to detonate at 2.54am, on the 12th October. This was when the Conservative Party Conference was taking place; Thatcher and her cabinet would be staying at the hotel.
The explosion was devastating, killing five, including Sir Anthony Berry. Thatcher, the primary target, escaped injury. Norman Tebbit and his wife were among the 34 injured in the blast. The IRA claimed responsibility the next day. Patrick Magee was eventually arrested after a raid in Glasgow , and received eight life sentences. The IRA had warned the government that more bombs would follow. No-one doubted the veracity of that grim statement.