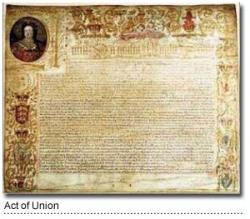 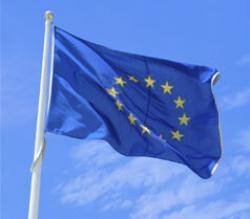 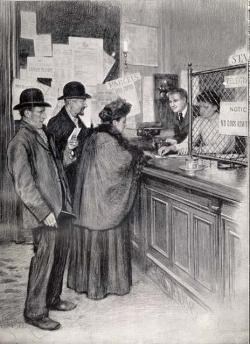 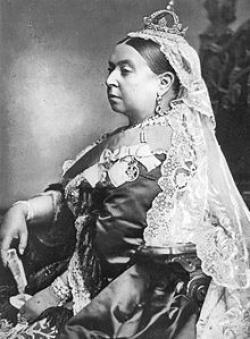 Edinburgh, Edinburgh and the Lothians The 1st of January 1707 AD

The Acts Of Union of 1706 and 1707 were a product of a variety of social and political dynamics, and were singularly the most significant acts of parliament to have influenced the British constitution.
The events of 1706 and 1707 didnt influence the constitution per se; they defined it. They effectively created Britain, laying the foundations for the Great British Empire, an empire governed primarily from London that would grow through trade and colonisation, placing itself at the forefront of the Industrial Revolution . The Scottish Parliament was on hiatus, resuming its business 300 years later when in 1997 saw Scotland vote yes to devolution  its parliament reconvened two years later in Holyrood.
The roots of the union took hold at the turn of the 17th Century, when in 1603 James VI of Scotland perched himself on the throne of England. The Scottish King was now King James I of England and Ireland, and would rule Scotland in absentia. To some degree, this created a vacuum in Scotland. Identity-wise, Scotlands monarch was an abstract proposition, not entirely significant in the de rigeur machinations of running a nation.
Scotland was governed by its own parliament. Presbyterianism was extolled within its religious society. The country enthusiastically participated in the Reformation. And when the Covenanter wars had torn through the middle of the 17th Century like a bush-fire, pitting parliamentarianism against a minority resistance of Royalists, Scotlands society had changed. Its political, societal and national identity had been irreversibly changed.
By the 18th Century, the Scottish economy was a barren tundra. Typified by the Darien Venture, where an attempt to colonise eastern Panama was profoundly disastrous, Scotlands economic decline meant that its bargaining position for retaining independence was seriously undermined. Thats not to say that the country was behind the union. On the contrary. When news of the Act reached the streets there was uproar, with estimates of up to three quarters of the country against the move.
There was a consensus that money had sweeten Scotlands ruling elite  years later, Scotlands national poet Robert Burns would lament that the country was bought and sold. Yet there was more to it than that. The Acts guaranteed Scotlands post-Reformation religious identity, and the political zeitgeist was headed south towards enlightened notions of parliamentary sovereignty. An act of opportunism by the English it may have been, but the union was the first step in what would be one of the most formidable empires in history.