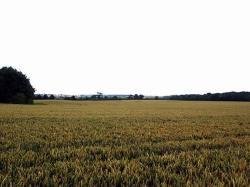 It is very tempting to see the main actors in the Wars of the Roses as gangster families, struggling without principle or loyalty for personal power and wealth. The phase of the Wars that saw the Battle of Edgecote is the best illustration of this ignoble view of the nobles actions.

Warwick The Kingmaker had put Edward IV on the throne, defeating the Lancastrians at Towton in 1461, after which Edwards path to the throne was clear. The country had seen other battles since Towton, but Lancastrian defeats at Hedgeley Moor and Hexham in 1464 had ended the threat from that family. But Warwicks own family expected to have a greater share in the spoils than Edward granted them.

Edward secretly married Elizabeth Woodville, making Warwicks 1464 negotiations with the ever dangerous France a humiliating waste of time for the consigliere  Edwards diplomatic marriage to a French princess was obviously impossible. To add insult to injury Edward refused to allow his brother the Duke of Clarence to marry Warwicks daughter. The Woodvilles, suddenly elevated by various noble marriages, were a threat to Warwicks Neville family. Warwick found himself with rapidly waning influence and power. His brother George Neville had already had his office as Chancellor taken from him.

The ground was further prepared for rebellion by incautious taxation measures by King Edward. The city of York rose in a brief revolt over these demands. There was discontent in the North that Henry Percy still languished in the Tower eight years after Towton, a threat to Warwick too as his brother John had been made Earl of Northumberland in Percys place.

Edward moved north in the summer of 1469 with a small army to quell the rebellions, particularly that led by Robin of Redesdale, in reality either Warwicks trusted lieutenant and relative by marriage Sir John Conyers or his brother Sir William Conyers. Warwicks party spread the calumny that Edward was illegitimate to promote the cause of the Duke of Clarence, Edwards brother who was married in an act of defiance to Warwicks daughter Isabel on July 11th. George Neville as Archbishop of York had secured the papal dispensation needed for them to marry.

Warwick and Clarence at last rebelled openly on July 12th, and moved north on the 18th to confront the king, knowing his force was weak. Robin of Redesdales army moved south, and Edward was stuck in the middle, desperately trying to recruit more men. The Earls of Pembroke and Devon had raised a stronger army in support of the king, and they too moved north.

The army of Redesdale and that of Pembroke almost collided, both making camp in close proximity at Edgecote a few miles from Banbury in Oxfordshire. Devon and Pembroke had seemingly argued, and Devon had taken his force which included many of the archers of the combined army, to camp a couple of hours march away. This probably meant that Redesdales force slightly outnumbered Pembrokes as they faced one another on the evening of July 25th.

On the 26th July Redesdale moved his army over the Cherwell to join battle with Pembroke. Lacking archers, Pembroke though probably outnumbered was pushed to charge the rebels or face attrition by their bowmen, although it may be that both sides closed as the rebels would not have wished to have the river too close to their rear.

The battle became more confused as Devons men approached to reinforce Pembroke, but John Clapham with cavalry from Warwicks force also reached the scene. The panic in the loyalist army at the thought that Warwicks entire force might soon be facing them must have ended their resolve, and they were routed, many being slaughtered as they fled the field.

Pembroke and his brother Richard Herbert were taken prisoner, and executed on Warwicks orders. Devon was caught later and similarly dealt with. Warwick the Kingmaker turned into Warwick the King-taker as Edward was taken into his protection before the month ended, having seen all but a few of his supporters melt away after the defeat at Edgecote. Warwick in true gangster style moved to take out more of his enemies, including the following month both Richard and John Woodville, two generations of heads of the hated rivals axed from the scene. Warwicks play for power had for the time-being succeeded.