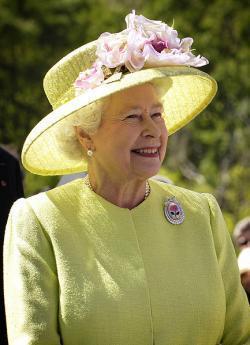 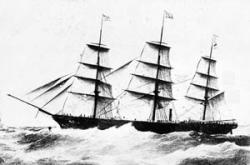 It is a story all too often told in British history, the valour of our soldiers and the idiocy of their commanders: Kitchener forcing troops to attack in ordered ranks in the Boer War ; Haig incapable of learning from his mistakes in WWI ; and most famously of all The Charge of the Light Brigade. Sadly more recent examples could easily be added to this list.
During the Battle of Balaclava the British commander Lord Raglan wished his cavalry to intercept some captured naval cannon being removed from the Causeway Heights to the right of the North Valley. His order, poorly drafted by Brigadier Airey and then carried to the overall cavalry commander Lord Lucan by Captain Louis Nolan was misinterpreted by Lucan as an instruction to attack the Cossack batteries at the end of the valley, thus exposing the brigade to fire from three sides in a charge of about a mile.
Lucan, who could not see the guns Raglan had meant, asked for Nolan to indicate the target, which the latter did with a wave of his arm across a broad area. Later Lucan would justify his actions as merely following orders in spite of his doubts (a regular military excuse it seems), saying he had been given no leeway previously by Raglan in interpreting commands.
Much speculation has centred on Lucans hatred for his brother-in-law, Lord Cardigan, who led the Light Brigade, despatched by Lucan to attack the guns. The lack of support to men returning from the disastrous charge was seen by many as Lucans revenge on Cardigan. Many unhorsed men were cut down as they tried to run back to their lines unaided.
Some 673 Hussars, Dragoons and Lancers charged, Cardigan at their head. Captain Nolan raced across Cardigan, possibly trying to halt the charge, but was killed by artillery fire. Cardigan was angry at Nolan, thinking Nolan had tried to steal the glory by leading the charge himself. North Valley became what Tennyson was to call The Valley of Death. Of the 673 men, 156 were killed or captured, 122 wounded. They did reach the guns, and for a time disrupted them, killing many gunners, but they were driven back and again had fire rained on them from three sides.
Cest magnifique, mais ce nest pas la guerre. Cest de la folie, (Its magnificent but it isnt war. It is madness) said the French Marshal Pierre Bosquet who saw the charge happen. The heroism and later abandonment of the cavalrymen created a stark contrast with the stupidity and privilege of their officers: after the battle Cardigan went to his yacht in the nearby harbour and had a fine dinner with champagne; years later Kipling would write about the poor treatment of those common soldiers injured in the charge.
Cardigan had bought his command via the purchase of commissions, and notoriously preferred style and flamboyance in his officers to experience and intellect. The poor standard of officer expertise in the British army was highlighted by the fiasco, with that sale of commissions questioned in an enquiry the following year. The British army is still, however, too often officered by what the other ranks call Ruperts.