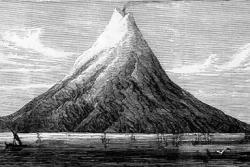 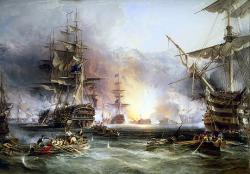 Edinburgh, Edinburgh and the Lothians The 27th of August 1784 AD

The fact that James Tytler was the first Briton to make a balloon ascent is not as far as we know open to question. But the date is  he managed to lift his basket a mere foot or so off the ground on August 25th 1784; two days later he reached a height of between 350 and 500 feet, or so it was then estimated. Which should we consider the first flight?
Tytler from Fearn in Angus was a fascinating character, with a multitude of talents though making money was not one of them. He studied medicine, worked as an apothecary, and edited the second edition of Encyclopaedia Britannica with some aplomb. Learning of French ballooning exploits he studied the subject and had a balloon built, complete with a domestic basket (normally used for carrying crockery) suspended beneath it. His method was very basic, the balloon heated while tethered then released, rather than having a means of heating it attached.
The ascent proper on August 27th began from Comely Gardens in Edinburgh, and Tytler travelled about half a mile before landing on a roadway.
Sadly for Mr Tytler he quickly went from hero to zero, the Edinburgh public annoyed by his decision prior to a subsequent flight to leap from the basket and leave the balloon to ascend unmanned. The Italian, Vincenzo Lunardi, stole Tytlers thunder in his own land, making well-publicised flights in the Scottish capital in 1785, the first taking place in October that year, though the daring aeronaut had already made an ascent in his hydrogen balloon in London on 15th September 1784, less than a month after the Scot.