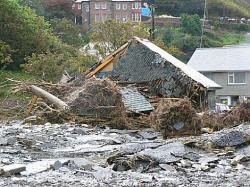 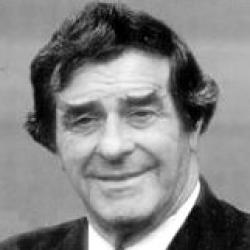 What is radical depends very much on viewpoint and the time concerned. In August 1819 the Manchester Patriotic Union Society, a group of radical thinkers, organised a mass public meeting to be held in St Peters Field, Manchester. Their revolutionary aims? Repeal of the Corn Laws that kept bread prices high by limiting grain imports and fixing the cost of grain; universal suffrage; and the use of the ballot to prevent electoral fraud and violence.

The magistrates of Manchester were concerned that the meeting would develop into a riot, or given the huge numbers expected at the gathering, a rebellion. Under their chairman, William Hulton, they decided to organise the precautionary presence of a sizeable military and police force.

The authorities had under their command 600 Hussars and perhaps the same number of infantry, plus 400 men of the Cheshire Yeoman Cavalry, two Royal Artillery six-pounders, 120 men of the Manchester and Salford Yeomanry, and 400 special constables.

Estimates of the crowd vary, but it is accepted that more than 50,000 were present. The magistrates lost their nerve early on in the proceedings, once the principal speaker, Henry Hunt, had begun his oration. The police, helped by the Manchester and Salford Yeomanry, drove through to the cart holding the speakers in order to arrest them. As is traditional in such matters, at least part of the military force was said to be drunk. They began to use sabres to clear a path and the scene descended into chaos and panic, a further excuse for military action  the Hussars took the field and cleared it in ten minutes, turning on those who held banners and anyone who could not get out of the way. When the dust settled 11 of the crowd were dead, and more than 500 injured, including 100 women, some horribly slashed with sabres.

Journalists present reported on the events, James Wroe of The Manchester Observer coining the phrase Peterloo Massacre, an ironic reference to rather more glorious military victory at the Battle of Waterloo only four years previously. Richard Carlile of Sherwins Political Register in London also reported on what he had seen. Both were imprisoned for what they wrote. Leading radical figures at the meeting were also imprisoned, but the outcry about the massacre was such that sentences were short, and some dropped in favour of bail.

The forces of reaction held sway after the massacre, the Corn Laws enduring until 1846, and the Six Acts suppressing such meetings and the radical publications associated with them being passed in haste with the whiff of rebellion in the air. But the seeds of change had been sown. The Chartist movement had its roots in the events of this period; the then radical newspaper The Manchester Guardian was formed by eye-witness John Taylor; and in 1832 the first Parliamentary Reform Act was passed, sounding the death knell for much of the political corruption that then held sway.