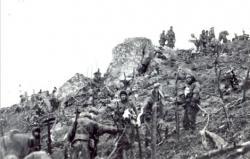 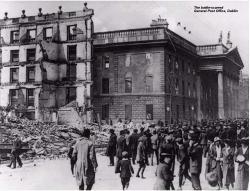 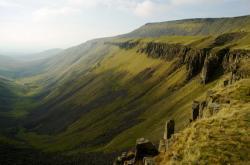 Official opening of the Pennine Way 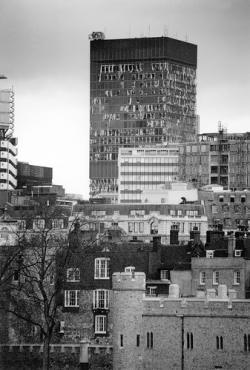 The Korean War, perhaps because it followed so closely upon a global conflict, has received less notice than its significance and the courage of those who fought in its merit. Had North Korea and its Chinese allies taken the entire peninsula it is hard to imagine the tide halting there.
For Britain the most glorious and desperate moment of the war was The Battle of Imjin River. The Communist forces pushed back from initial gains were again threatening Seoul. Allied forces hoped to hold them at the Imjin River, where a strategic section of the line was manned by the British and Belgian 29th Brigade, four battalions in total, numbering fewer than 5,000 men. Facing them were approximately 27,000 soldiers of the Chinese 63rd Army.
The 29th Brigade was first attacked on the morning of April 21 1951. Over the next few days the unit resisted repeated Chinese attacks, the Chinese commander General Peng relying on massed ranks pouring towards the better trained British and Belgians. By April 24 the men of the Gloucestershire Regiment were forced to form up on Hill 235, entirely surrounded and soon knowing that an armoured relief column had been beaten back. By their defence the Glosters, who gained the sobriquet Glorious Glosters by their actions, gave the allies time to reorganise and prevent further penetration towards Seoul. Running short of fuel and ammunition and with no prospect of help on April 25 their commander, Lt-Colonel Carne, who had led personally several counter-attacks, gave the order for his troops to find their way through the enemy towards allied lines. Only 39 made it. Another 59 perished in the battle; more than 500 were taken prisoner, treated appallingly by their captors  34 Glosters died in captivity.
Such was the mauling of the 63rd Army that the Chinese withdrew it from the conflict, having suffered it is estimated 10,000 dead. The drive to Seoul was halted. For his valour Carne, who survived the battle, solitary confinement in captivity and brainwashing, was awarded the VC ; as posthumously was 24 year old Lieutenant Philip Curtis for an astounding act of individual heroism.