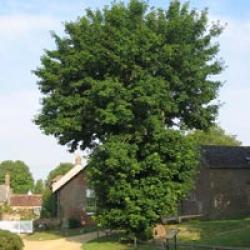 The early 1830s were hugely significant in the road to freedom in this country. In June 1832 the Great Reform Act was passed; and on August 1 1834 slavery was abolished . Between those two events, however, a shameful injustice was done in which six Dorset men from the village of Tolpuddle, between Puddletown and Bere Regis, lost their liberty while seeking only to protect their rights.
After the Combination Acts had been repealed in 1825, thanks to the work of Francis Place and Joseph Hume , in theory trades unions were no longer illegal. But those in authority continued to frown on such bodies. Thus George Loveless and five fellow agricultural workers in Tolpuddle decided to keep their formation of The Friendly Society of Agricultural Labourers secret, taking an oath not to speak of their action.
Local squire James Frampton, who had forced farm-worker pay down and was about to do so again, learned of their dealings, and using an obscure law against taking such oaths had them arrested and tried. The trial was a travesty: the jury included Frampton, his son, step-brother, and magistrates who had concocted the warrant under which Loveless and his friends were detained. The foreman was related to Lord Melbourne, the Home Secretary who had suggested the arcane route to exploit in order to try the group. And the judge before argument began spoke of making an example.
On March 19 1834 the men were sentenced to seven years transportation to Australia. Such was the furore surrounding the fixed trial and harsh sentence that 800,000 signed a petition in their favour, and all bar one were released within two years, the other a year later. Five of the men decided to seek freedom elsewhere and eventually emigrated to Canada. The last died there in 1902.
It is worth quoting the final lines of a verse Loveless wrote in prison which summarises the struggle against injustice in Britain: We raise the watch-word liberty; We will, we will, we will be free!