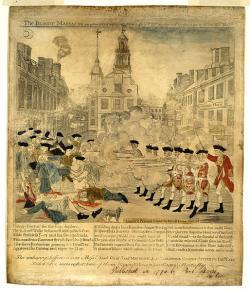 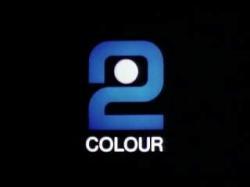 BBC starts to broadcast in colour

The British committed atrocities before and during the American War of Independence  as did their opponents. The Boston Massacre, however, was in all likelihood not such an event.
Boston was a hotbed of anti-British activity. Days previously 11-year-old Christopher Seider had been killed by a customs official whose house was being stoned by a gang of youths; the atmosphere was thus explosive. A petty quarrel in the afternoon of March 5 concerning a redcoat officers unpaid wigmakers bill (in fact already settled) developed via insults, threats and a growing crowd into a situation where a lone sentry was being mobbed. A small detachment  perhaps nine men followed by two officers  went to his aid. The crowd continued to press; one soldier was clubbed to the ground; when he rose to his feet he fired, killing a civilian. Several of his comrades fired too, killing another two men on the spot, two more dying of wounds later.
As ever with such events accounts differ radically depending on viewpoint, matters of contention being did the soldiers reload and fire more than once; were shots fired from the Customs House being guarded; and were the soldiers truly in fear of their lives? At the subsequent murder trials (where the locals held sway) all bar two of the accused were found not guilty; those two convicted of manslaughter but through benefit of clergy invoked by their lawyer John Adams (subsequently second President of the USA) merely suffered thumb branding. Adams to his eternal credit defended the men contrary to his political leanings and knowing his reputation would suffer.
Whatever the truth may have been, the massacre as it was dubbed became a moment of great symbolic importance for the colonial cause, a great stride towards inevitable armed conflict.