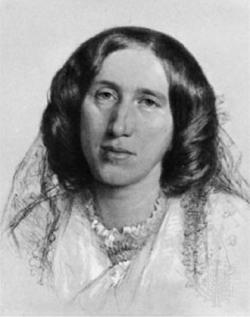 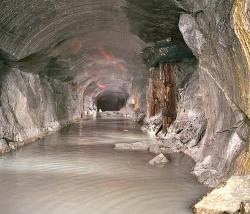 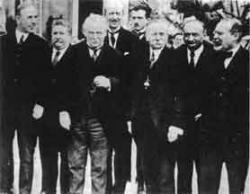 By the time George Eliot was considering the publication of Middlemarch she (for of course George Eliot was Mary Ann or Marian Evans) already had an established readership thanks to the success of works such as Adam Bede, Silas Marner and The Mill on the Floss. But Middlemarch was considerably longer, suited neither to monthly serialisation in magazines (printing a chapter or two at a time would have meant a longer commitment than either reader or editor would entertain) nor to the standard Victorian format of the triple-decker, the three volume novel. It was thus decided that a new approach would be tried: the work would be published by Blackwood & Sons in eight sections, one every two months.
Book One, Miss Brooke, appeared on December 1 1871, priced at 5s, and it sold 5000 copies  another success for George Eliot , but about half the number her partner George Henry Lewes had expected.
Middlemarch is now accepted as one of the greatest novels in English: a study of provincial life (Midlands life in fact) as its secondary title proclaims, it is complex in terms of plot (as the publication method called for) and character, written as a historical novel set 40 years before in a turbulent period of British history as the railway age dawns threatening the physical landscape, and the Great Reform Bill is about to change its political equivalent.