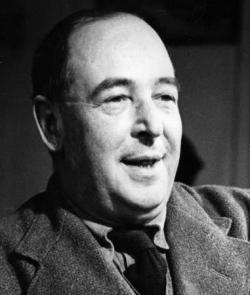 The Lion, the Witch and the Wardrobe Published

When he wrote the first published novel of the Narnia series C.S. Lewis had spent the best part of quarter of a century as a fellow of Magdalen College Oxford , teaching English. His influences in creating the magical world explored by the Pevensie children thus unsurprisingly include the Norse legends, but less arcanely he also guarded a childhood love of Beatrix Potter , reflected in the talking animals of Narnia. But the spark for the book was a mental image he had experienced when he was a teenager, and which had stayed with him ever since.
Lewis was already known for his science fiction novels, and for his scholarly work, so his publisher was surprised and a little worried by him producing a childrens story, especially a then unfashionable fantasy. The book was a slow starter as regards sales, but they were boosted by word-of-mouth recommendations and the publisher Geoffrey Bles requested follow-ups, no problem for the author who had so enjoyed writing the first that he had already competed three more of the series by the time it was published.
Unlike his close friend J.R.R. Tolkien Lewis was a graceful writer, able to mix Christian allegory with adventure, fantasy and some humour without seeming sententious, though as regards plot many readers will always ask why doesnt the White Witch just kill Edmund to break the prophesy?
The book remains a childrens classic, now of course made into a very successful live action film.