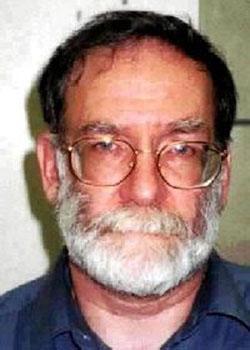 Harold Shipman hangs himself in Prison

When Harold Shipman committed suicide in Wakefield Prison in 2004 few mourned his passing. His trial ran from October 5th 1999 to January 31 2000, when he was found guilty of 15 murders, although Shipmans victim count was thought to be 215 by the inquiry into his actions, and may have been as high as 260.

At 6.20 on the morning of January 13th 2004 Shipman was found hanging from his cell-window. He had improvised a ligature from prison bed sheets. Attempts were made to revive him, without success.

Speculation about the timing of his suicide was rife shortly after the event. The day after he died was to be his 58th birthday, and he was facing the rest of his life in prison, already having served four years. By killing himself before the age of 60 Shipman ensured his wife received his full NHS pension. He had been upset about losing privileges in prison, including the right to phone his wife, though those had recently been regained.

The one thing nobody considered was remorse, as Shipman never admitted his guilt, and never showed signs of a conscience, preferring to attempt to bully or baffle his questioners in an attitude of arrogant superiority. He was contemptible.

His motives were also cause for speculation. Early in his career he was discovered to be a recreational drug user, and this may have continued after he was declared clean. Perhaps he enjoyed fooling the system with murder as well. Some think he liked having the power of life or death over his victims, and that he gained pleasure from being a respected member of the community getting away with crime after crime. That he enjoyed the risk is very possible too - his forgery of his last victims will was so unsubtle that it almost seems like a challenge, as does the fact that his murders started with people in custody when he was working for the Prison Service and the police in the early 70s.

Others feel that as the majority of his victims were elderly women it suggests a connection with the death of his mother from cancer when he was 17, though his victims included a 41-year-old man, and possibly early in his career a four-year-old girl.

It may be that the spur to murder and the reason for his suicide were the same  the desire for control, to be able to choose the moment. Politician David Blunkett summed up the mood of the general public when Shipman died with the words, Is it too early to open a bottle?