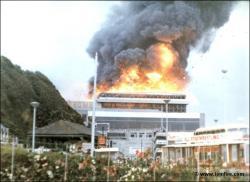 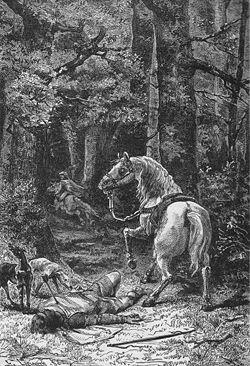 Faced with the loss of trade to sunnier regions of the world, Douglas on the Isle of Man responded by building a huge climate-controlled leisure complex called Summerland, completed in 1971. The building occupied three-and-a-half acres and was seven storeys high, using new plastic materials for soundproofing and to maximise natural light. Summerland had bars, restaurants, artificial sun, games and amusements, a disco and even Turkish baths. What it did not have was adequate protection against fire.
At about 19:00 on August 2 1973 three boys were having an illicit cigarette near a dismantled kiosk. Their activity started a small fire in the kiosk materials which at around 19.40 spread to the wall: sound insulation in the wall rapidly caught fire; other plastic materials went up as the flames spread. As all too often seems the case in such stories, fire-doors were locked, forcing people  there were about 3000 in the complex at the time - to funnel into limited exits. Some died in the crush; others were caught by what amounted to a flash-fire, the open design putting few barriers in the path of the inferno. No sprinkler system came to the rescue. Neither apparently was the warning system fit for purpose  the fire brigade learned of the blaze between 20 and 30 minutes after it had started, either via a taxi company or a ship at sea depending on which source is given credence.
The final death toll in the fire is thought to have been between 50 and 53  such was the intensity of the flames that it was impossible to determine precisely. Somewhat typically of such disasters the subsequent public enquiry decided the deaths were the result of misadventure.