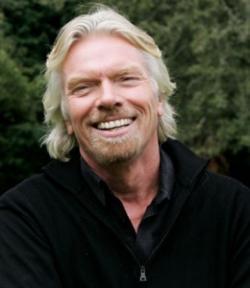 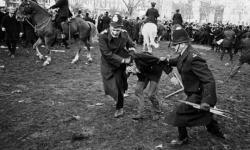 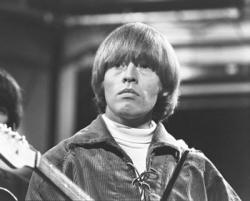 Death of a Rolling Stone

The Virgin Atlantic Flyer was not the first balloon to cross the Atlantic  that honour went to helium-filled Double Eagle II in 1978  but it was the first hot-air balloon to do so, completing the feat on July 3 1987. The Virgin Atlantic Flyer was piloted by Swede Per Lindstrand, and Virgin boss Richard Branson : with a then worlds greatest capacity of 2.3 million cubic feet (the balloon not Mr Bransons ego) the craft which set off from Maine covered nearing 3000 miles in some 33 hours, at times travelling at 130mph, before making brief landfall near Limavady in Northern Ireland and eventually ditching in the sea.
Since the feat some have perhaps uncharitably tried to debunk the idea of the flight as a steely-eyed adventure, with unconfirmed stories told about panic as the balloon neared its destination at speed  hot-air balloons dont have brakes or steering; the waving of underpants to signal for help; and Mr Lindstrand jumping into the Irish Sea to escape the thing. But for all his sometimes tiresome self-publicity, Richard Branson does seem to have a genuine desire to set records and try new things: he is a risk taker. So ignore the endless grin and applaud the achievement.