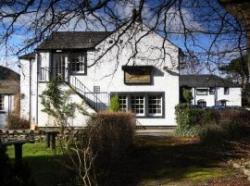 The Pheasant is a charming old Coaching Inn situated close to Bassenthwaite Lake at the unspoilt, northern end of the Lake District. It is one of the last remaining traditional Cumbrian hostelries with its unique period atmosphere, sense of timelessness and peaceful location. The Pheasant enjoys a well deserved national reputation amongst those who are used to being well cared for in a traditional manner.The history of The Pheasant stretches back over 500 years. Originally a farm house, it was converted in more recent years (1778) to a popular Alehouse. One of its 19th century regulars was the famous huntsman John Peel. He would often celebrate and recount his exploits in the tap room of The Pheasant now the hotel bar.You cannot escape the sense of being surrounded by history the moment you walk in the door.