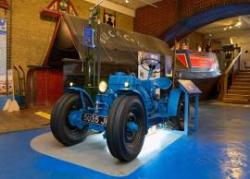 The waterside museum tells the story of London's canals from the early days as important trade routes. Learn about the cargoes and canal crafts, the people who strove to make a living on the canals, and the horses that pulled the boats. Step into the cabin and listen to the canal family having supper, then watch fascinating archive film. The building was once an ice warehouse built in the 1860s for Carlo Gatti, the famous ice cream maker. Blocks of natural ice were imported from Norway to the Regents Canal Dock. They were then brought by boat to be stored in the two vast ice wells beneath the building, until they were delivered to customers by horse and cart. Visitors can look down into one of these partly excavated wells. Download a free MP3 tour from our website before you visit! Fully accessible, with audio tour for the visually impaired.