Inns in Clutton on the Mendips 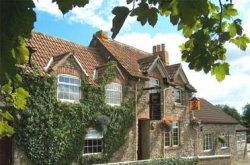 The Hunters Rest Inn was originally built around 1750 as a hunting lodge for The Earl of Warwick. The Earl picked his site perfectly, set in beautiful countryside high on Clutton Hill with commanding views over the Cam Valley to the Mendip Hills, and over The Chew Valley to the port of Bristol. In 1892 The Earl sold his vast estate in Somerset, the former lodge became a smallholding and tavern supplying refreshment to the growing coal mining community. Over the years mining died out but the small Inn evolved to become one of the most popular in the area.